How to create your first Campaign on LazySMM

How to create your first Campaign on LazySMM

To create your first campaign, please navigate to Campaigns section in your LazySMM account.

Type here anything you want to recognize this campaign in future. 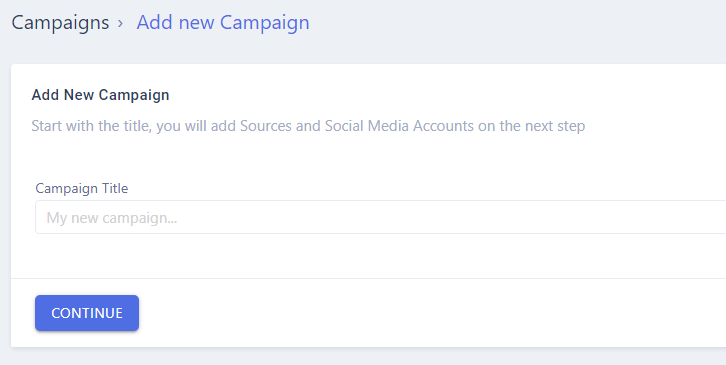 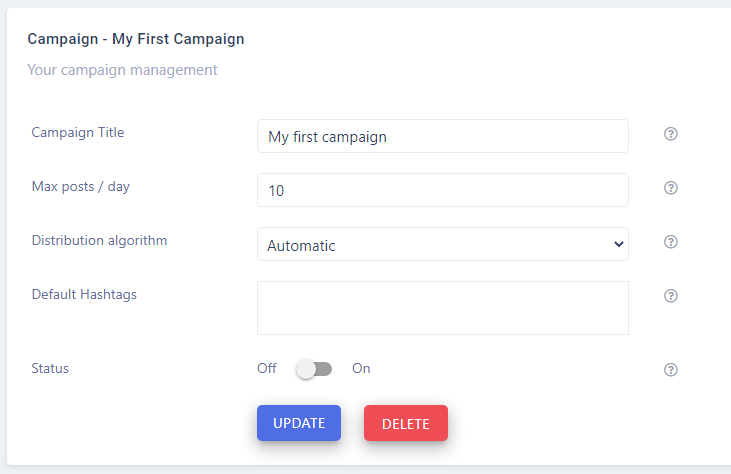 Here you can specify additional settings for your campaign:

Maximal number of posts per day

Use Max posts per day field to limit the total number of automatically generated posts to be published. 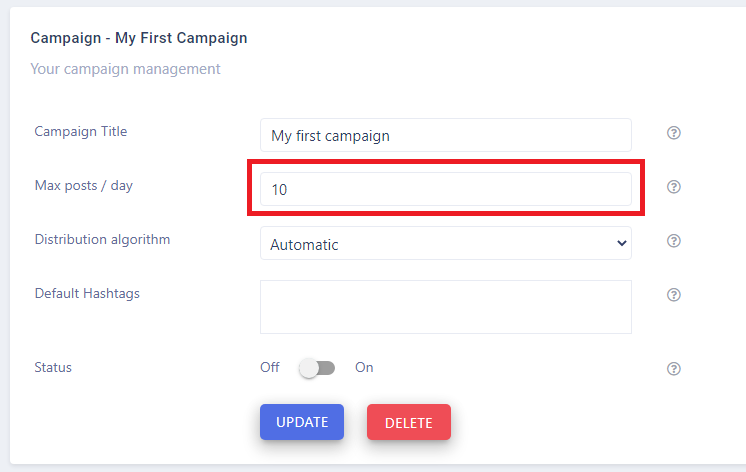 Distribution algorithm allows you to control the logic of publishing mechanism.

Instant: All the new posts will be published as soon as they were received from a source. Automatic: LazySMM will distribute all the articles evenly during the closest 24H period of time. 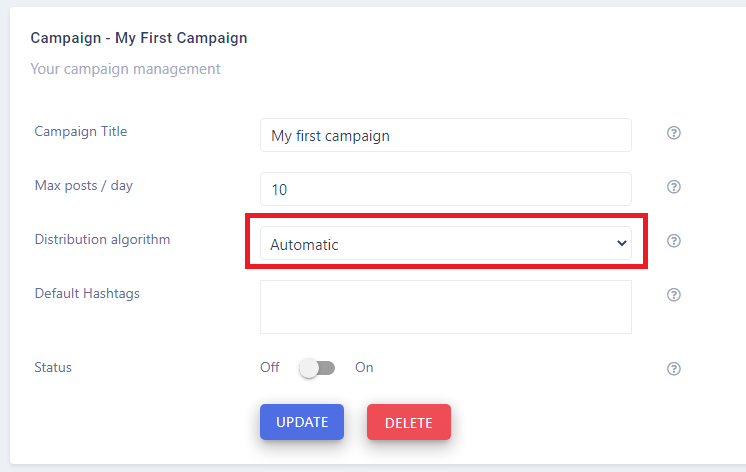 You can add some constant hashtags for every single social media account.

For example, you can use #fb_hashtag for Facebook only. And #linkedin_hashtag for Linkedin only.

If you have some common hashtags (in most cases - brand names), you can type them here. So every single post will inherit the campaign hashtags firstly. 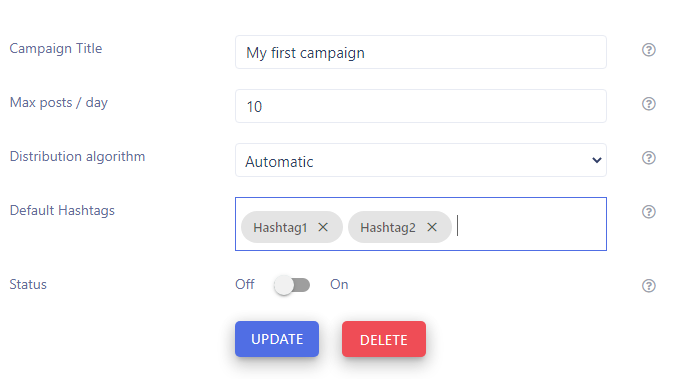 When you create a new campaign it is turned off by default. Use this switch key to turn on your campaign. 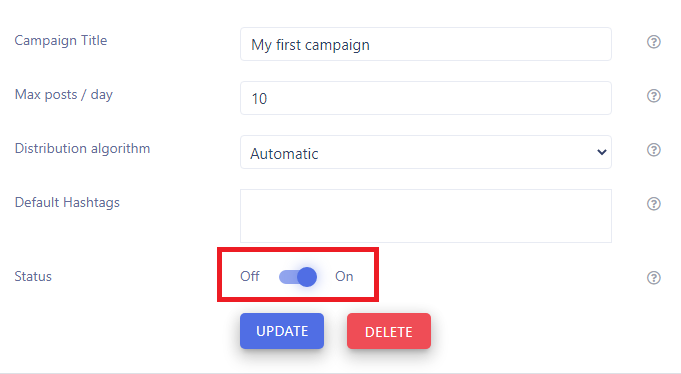 How to add a RSS feed

To create a completely automated campaign, you could add a RSS feed data source. This could be any valid RSS feed containing the direct links to your articles. Let's have a closer look at Google Alerts RSS feed. How to set up Google Alerts You should start by visiting Google Alerts page here: https://www.google.com/alerts And type a search query in the search bar. Google Alerts Homepage You ...

How to connect Telegram

Learn how to connect Telegram and LazySMM After you create a campaign on LazySMM, please navigate to Social Media Accounts section on your campaign page. Then click on Configure under the Social Media platform you want to connect. Connect Telegram and LazySMM Before you being: Open your Channel using Telegram App Click on the Channel's name on the top Scroll down to the Members section ...

How to connect Vkontakte

Learn how to connect Vkontakte and LazySMM After you create a campaign on LazySMM, please navigate to Social Media Accounts section on your campaign page. Then click on Configure under the Social Media platform you want to connect. Connect Vkontakte and LazySMM Before you begin Click button Authorize (opens in a new tab) Authorize with your VK account Copy access token from URL. Example ...

How to connect Linkedin

How to connect Tumblr

How to connect Webhooks

Learn how to connect a Webhook and LazySMM After you create a campaign on LazySMM, please navigate to Social Media Accounts section on your campaign page. Then click on Configure under the Social Media platform you want to connect. Connect Webhook and LazySMM How do webhooks work? Using this module, we will send an outgoing request to your specified URL This will be POST request with JSON ...